← Homes, Job Prospects And Horizons: How Far Is ‘Away’?
Brokering For Adequacy In Austerity →

Can Swans, Dogs, Families And Fishing Co-exist In Sefton Park?

This male swan is father to his six cygnets, now surviving without their mother. The female of the adult pair was lost when a dog attacked her, and the fear is now for the safety of the swan family in her absence. So once again we ask the perennial questions about who our city parks are ‘for’. Can dogs and people mix? And how reasonable is it to permit fishing in this urban environment, given that it too destroys waterbirds and scares away young families?

The upheavals of the past two or three years as Sefton Park was restored are now almost past, and people and some of the resident birds are returning in larger numbers. Surely this is the right time to revisit the rules and determine whose park it most centrally is?

A lung for the city and a park for the people
Sefton Park for most of us serves two main purposes: It is a wonderful green space which helps our crowded city ‘breathe’; and it’s somewhere for everyone to enjoy with others, relaxed in the knowledge that we’re all in a clean and safe place.

The ‘green space’ aspect of the park has been under some strain whilst the renovations were being done. Several hundred mature trees were destroyed so that the park’s Victorian vistas could be regained – a clear victory (despite some good natural conservation practice) for ‘heritage’ over ‘environment’ – the almost inevitable outcome of the influence of heritage-directed funding streams which underpinned the historic park renovations at the expense of modern-day, increasingly pressing, concerns for health and sustainability. And now this same concern for health is under further threat because people are worried about the ever-present unleashed dogs which foul the pathways and grass, presenting a serious public health risk. Plus family park users are worried, if this is not prevented, about the return before long of the presently banished fisher(wo)men.

To date the now-motherless family of swans, so carefully nurtured only a few months ago by the nesting parents, has survived; and we are cautiously hopeful that all will be well for the cygnets. But this year’s sad attack on a swan is not the first time a swan has been killed by dogs in a Liverpool park. 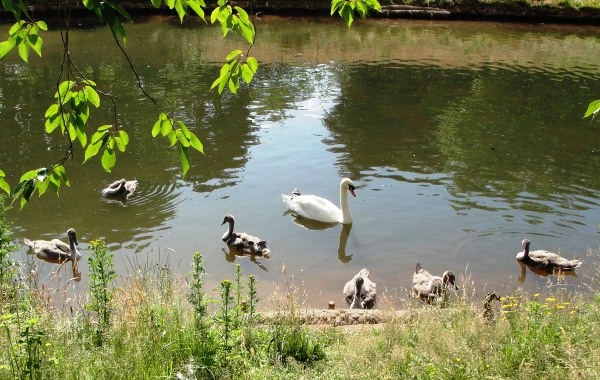 The grim fate which the mother swan met may be repeated, perhaps on another swan, or unthinkably even as an attack on a child, unless there is better control of dogs.

And surely too the time is right to decide for once and all that fishing, having been banned during Sefton Park’s renovations, may not recommence in this very urban location? 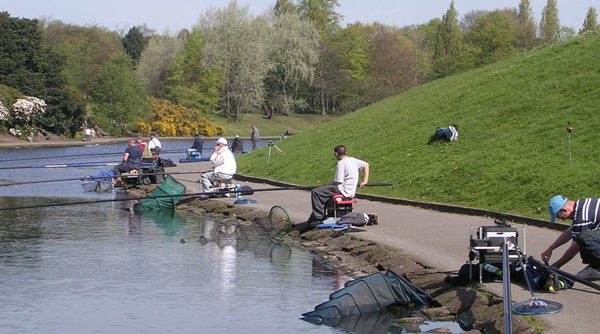 The fishing, and fish, have been moved whilst the park is cleaned up to other more appropriate locations; but fishing should not return when the fish are reinstated into the main lake later this year. In the past we have walked by as horrified children witnessed a waterbird struggling with a swallowed bait hook – another grim scenario not to be repeated.

A place for families and fun 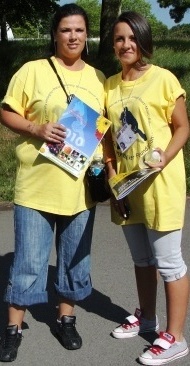 Sefton Park has many functions, some social and some more ecological. As the park’s July 2010 Diary of Events shows very well, with weekends of free entertainment such as the Anthony Walker Foundation Festival, it is a place for people of all sorts to meet. Year-round, Sefton Park is where everyone can come to get fit and have fun – whether they want to run, watch the fireworks on Bonfire Night, build a snowman or enjoy the Palm House – almost always, just for the cost of the bus fare.

And with productions like the In The Night Garden theatre as well, in the eyes of our tiniest citizens Sefton Park can even be a place of magic…. 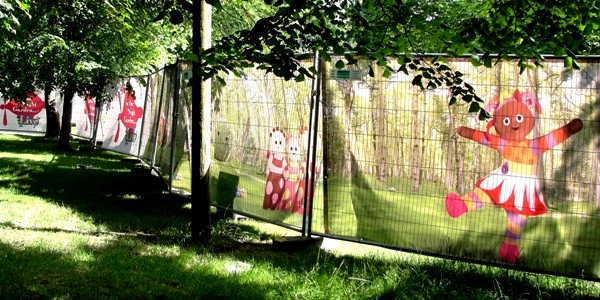 Nothing should stand in the way of this wonderment.

What are parks for?
Let’s acknowledge that fishing and uncontrolled dogs are obstacles which deter some children and families from enjoying the many benefits of our amazing park. We need to insist as our absolute priority that Sefton Park is safe for children and their families to visit.

Along with their vast ‘greening’ impacts, that priority, in human terms, is surely what urban parks are about?

← Homes, Job Prospects And Horizons: How Far Is ‘Away’?
Brokering For Adequacy In Austerity →