Today, 15 July 2016, marks the funeral of Jo Cox, MP for Batley and Spen who was murdered on 16th June whilst carrying out her constituency duties.  Jo Cox was a serious and committed Labour politician, previously a humanitarian worker.  She was also the mother of very young children. Nothing can make this awful loss better, but I was very touched that a good friend from Mauritius, who for many years made his home in the UK, sent me this poem to share our grief and belief in goodness above all else.

A tribute to Jo Cox

She walked on the bright side
Of the cold pavement of Yorkshire
For victims of global wars, for voiceless refugees
Hatred in her own backyard
Silenced her own voice

Where now shall we all hide?
On the cold pavement of Yorkshire
Flowers of shame and guilt
Form an invisible bouquet
To the floating spirit of Jo

Thank you, Daniel; and thank you with all our hearts, Jo Cox. 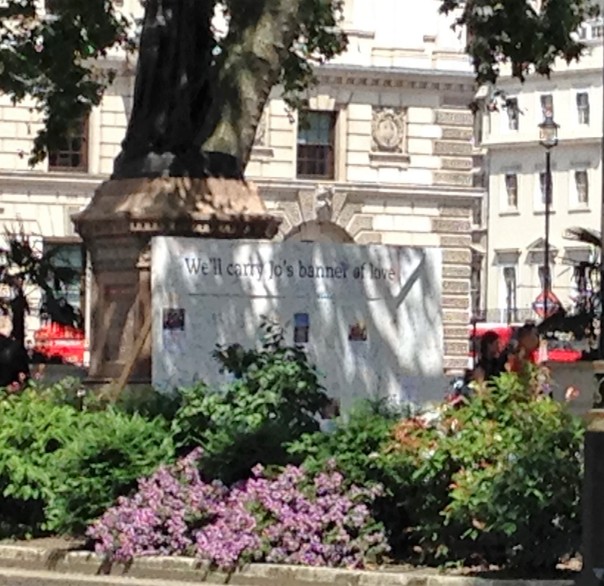 In celebration and memory of Jo Cox a fund has been set up to support causes closest to her heart, chosen by her family:

Daniel Labonne is a playwright and poet, author of several books including Empowering The Performer (published by Tamare House) and Refugee, the musical (unpublished). His latest book Tipti, a children’s book, was published in 2015. He writes in English and French.
Daniel is also a leading advocate of the legacy of Samuel Coleridge-Taylor, the black British classical composer.   dhlabonne@aol.com