The sun shone warmly on Liverpool’s Lord Mayor’s Parade today (Saturday 5 June 2010), and afterwards people thronged happily in the city centre.
Bandspeople made their way along Church Street past a musician with more ancient instrumental traditions, and in the retail area of Liverpool One shoppers took time out to relax on a fake lawn, in the company of an enormous frog and fairy-tale toadstools. The city centre in the sun was fun, and Liverpool was today indeed a World In One City. 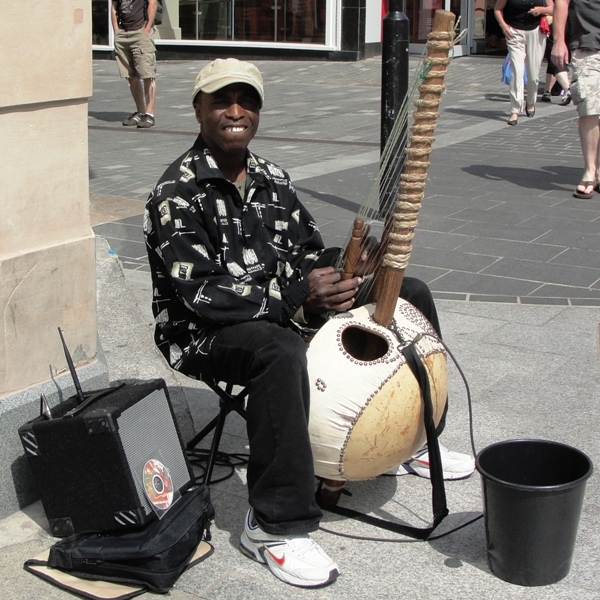 [The instrument this musician is playing is a kora, a 21-string harp-lute used extensively by the peoples of West Africa.]

Posted on June 5, 2010, in Liverpool And Merseyside, People And Places, Photographs And Images, Travel and tagged Travel. Bookmark the permalink. Leave a comment.