Liverpool Edge Hill was the location, along with its Manchester, Liverpool Road counterpart, of the first public railway station, opening on 15 September 1830.  More recently this historic site was marked by a large mural of the ‘Rocket’ steam engine invented by George Stephenson (1781-1848) – an interesting vision in the grimness of our own contemporary Edge Lane access route into the city. 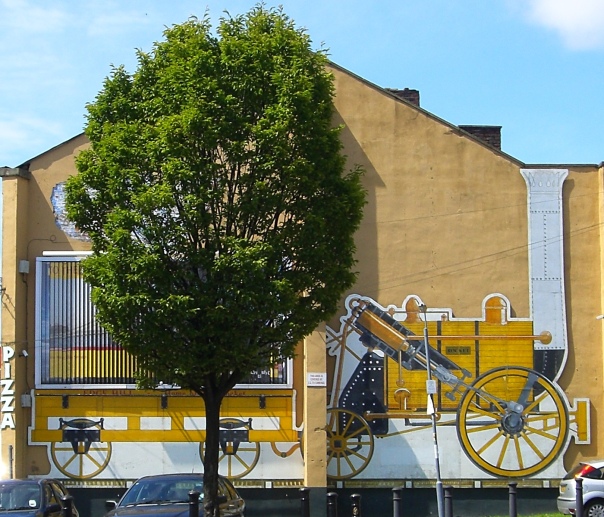 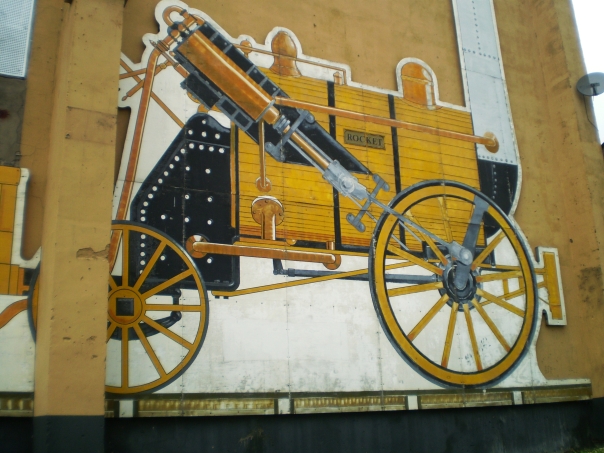 The Stephenson Rocket was one of four locomotives which ran in convoy on the fateful day when the route was launched, the day which also saw the demise of the reforming Liverpool MP William Huskisson (1770-1830), when he and the Rocket collided at Parkside station. 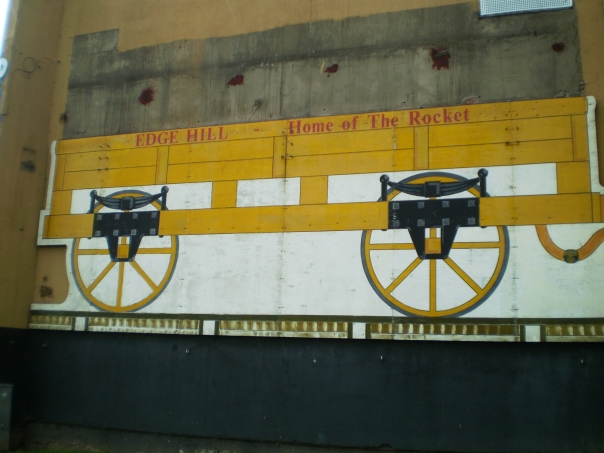 Sadly, the Rocket mural of more recent times is now in a state of some disrepair; but at least the Huskisson memorial remains, standing proud in the grounds of nearby Liverpool Cathedral. 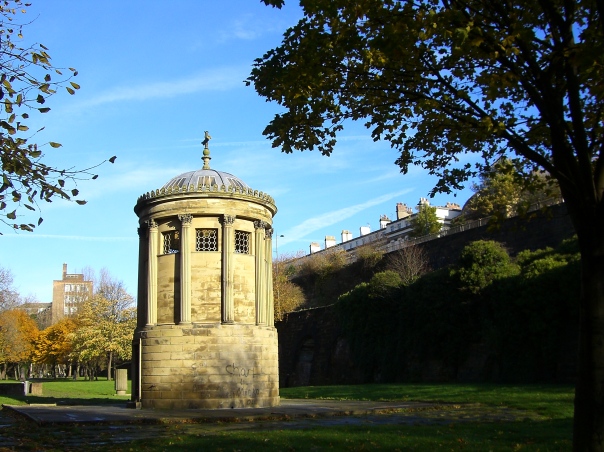 Less appealing however are the many boarded and painted-over windows of housing about to be demolished along the Edge Lane corridor which passes through Edge Hill, where crass management of highways and the public realm has resulted for far too long in mass desolation along the main access route into Liverpool.

These attempts at jollification through ‘art work’ offer a very different message from the solid magnificence of Huskisson’s memorial – a celebration of the man and his work for the public good – or indeed the Rocket mural, an attempt made much more recently to celebrate the skills of engineering and invention which were the distinctive mark of northern British cities such as Liverpool and Manchester, two centuries ago. 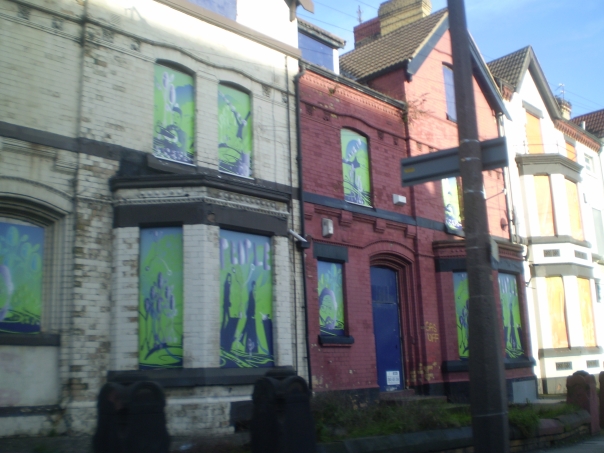 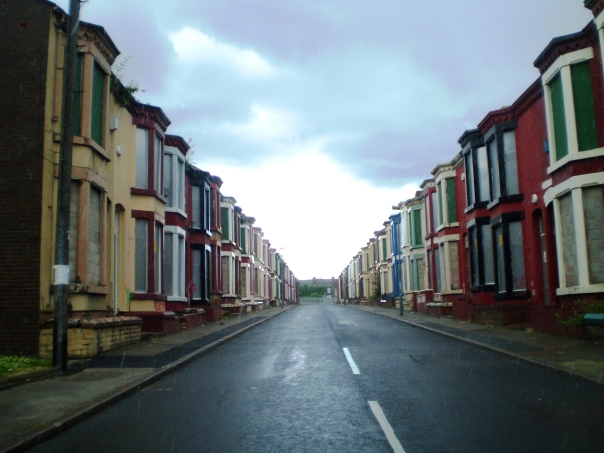 Postscript (23 July 2009)
Excellent news for Liverpool and the whole of NW England: the Liverpool-Manchester route is to be electrified. As anyone who uses the M62 will know, the environmental value here is as important as the economic. Detailed planning work is to start immediately.

But there is already debate about which end of the line should be done first. Let’s just hope that this isn’t the start of another set of disastrous delays such as we’ve seen in developing the Edge Lane approach to Liverpool city centre. There has to be a better way, with mutual respect for views, based on real effort to communicate and get the right things done.