← Call The Midwife: A BBC1 Triumph For Real People
So Is Salford’s Media City A ‘Wonderful Town’? → 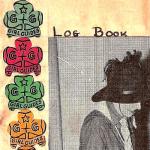 2010-12 is the celebration of 100 years of Girl Guiding in the UK.  In 1962 I, a young teenager and enthusiastic Girl Guide, made a Log Book of the Movement which drew heavily on The Guider magazine which came regularly through our letterbox, and also more personally includes photographs of my mother, Peggy, as a Girl Guide in the 1930s. The log covers the period from when the Girl Guides first formed until the year of my birth.  Here in all its unedited school exercise book glory it is…

Today is International Women’s Day, as good a date as any to revisit the girls-only organisation, The Guides, which was a significant part of my earlier teen years in the 1960s – and which now celebrates its centenary as a world-wide organisation.

I recently came upon a logbook I compiled in 1962 which, re-reading it now, triggers a range of thoughts and emotions about what, particularly for girls and women, is past, and what promise for our futures demands of the present: 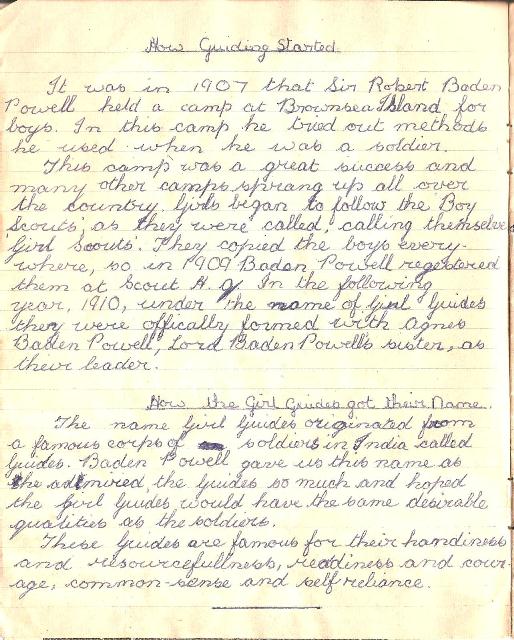 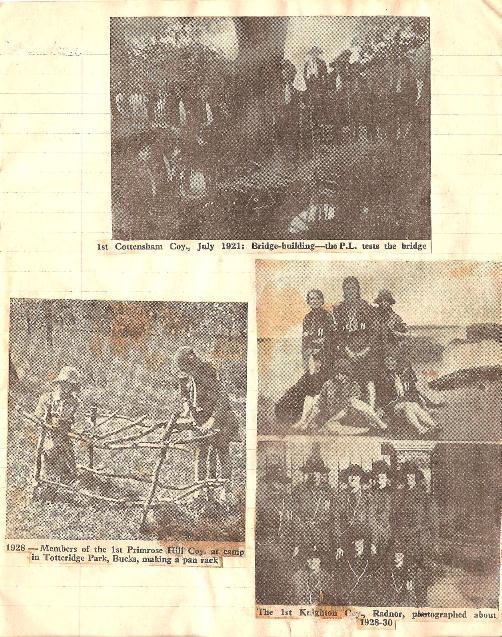 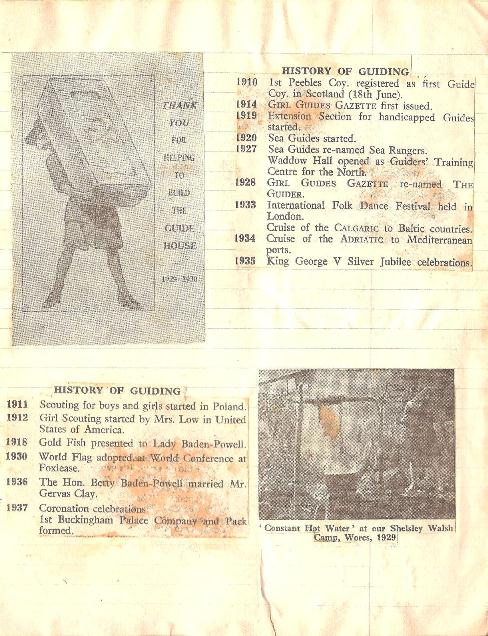 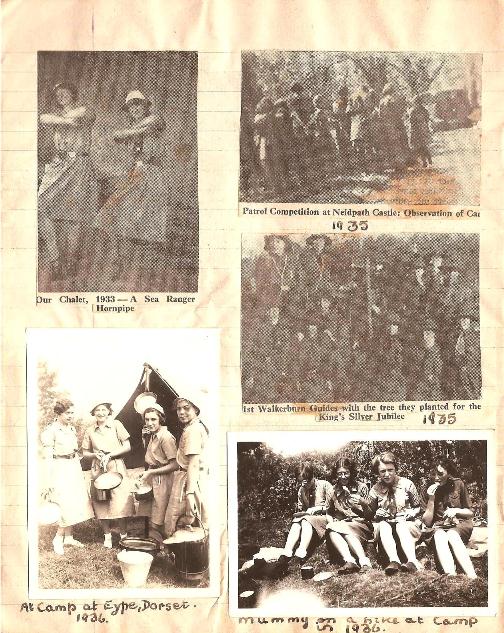 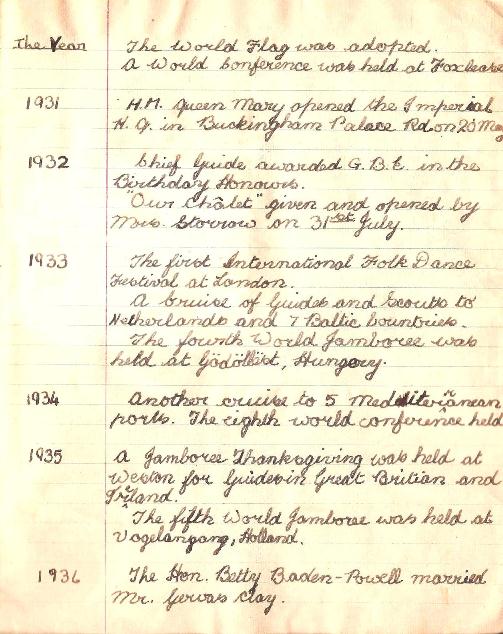 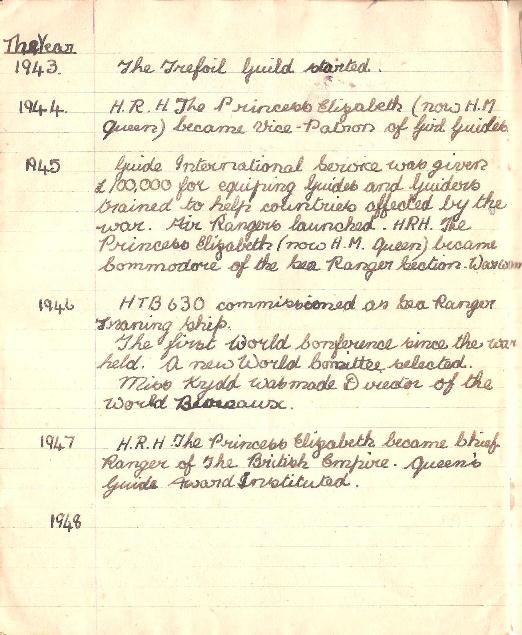 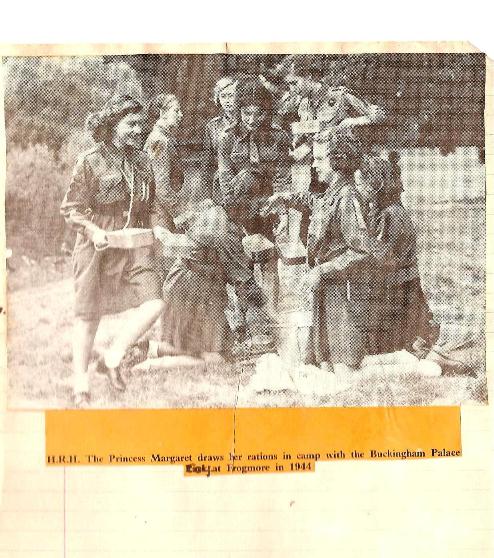 Times change, and no doubt so have The Guides, but this record, spanning the third century before my arrival, still I think has resonance in its emphasis on friendship and loyalty, international connectivity, ‘useful skills’ (all those triangular bandages…) and active, sometimes to my mind even too sporty and wet-tent-ish, pursuits.

In retrospect the automatic focus on royalty feels less natural than it did, and I would no longer enjoy the quasi-military organisational aspects.  But in other ways Guiding did us proud.  Here was an opportunity to learn about constructive volunteering and for girls to be themselves, away from the predominance in other things of the boys.

Later I went on to be a ‘Lady Cub Master’, following in the footsteps of my mother, who became in my little brother’s term a ‘Brown Cow’ (we lived nearby a farm; but no Owls in sight…), thereby acquiring in nascent form about leadership and inter-personal and organisational skills.

Perhaps the ways in which as Guides we were encouraged to fill our time, learning about self-reliance, albeit tinged with a heavy dose of acquiescence to authority and class hierarchy, have an enduring quality.  I am sure that’s what the Girl Guides of today, with their increasing membership, would say as well.

Is there still a place for girls-only organisations? (I’d say there is, though what they need to offer can be debated.)  How does Guiding fit in our world, a century after it began?

And how was it for you?  Were you (or, even, are you) involved in the Guiding movement? Maybe you too have experiences, views or reminiscences to share?  I’d love to know….

← Call The Midwife: A BBC1 Triumph For Real People
So Is Salford’s Media City A ‘Wonderful Town’? →