The Liverpool Everyman Bistro on Hope Street is amazing – a hub of the Hope Street community, that exotic collection of performing actors and artists, students and academics, musicians, hospitality professionals, faith leaders and more. The Bistro has stayed true to its intention (initially thought very bohemian) to offer wholesome local food. And today sees its 40th birthday….

I’ve always had a soft spot for Liverpool’s Everyman Bistro, hidden away, but far from secretly, below the Everyman Theatre (formerly Hope Hall) on Hope Street. Not only do they offer the sort of food we enjoy at prices where we can eat it, but the proprietors, Paddy and Tim Byrne, and Dave Scott, were the very first business people on Hope Street to support first the Theatre when it fell on hard times, and then us when HOPES: The Hope Street Association was formed in the mid 1990s. (We had no funds at all – ‘Not a problem’ was Paddy’s phone message. ‘Call your inaugural meeting in our foyer!’)

Incredulously perhaps we find ourselves, forty years to the day (26 September 1970) from when the Bistro opened, coming to celebrate an enduring local enterprise with a reputation reaching far beyond the city which it serves. 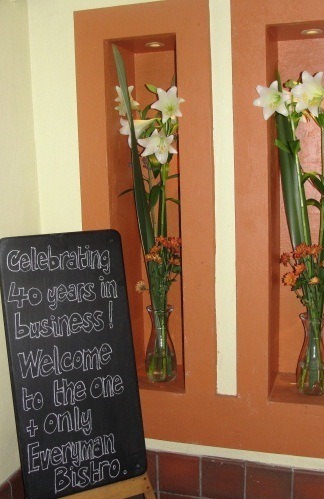 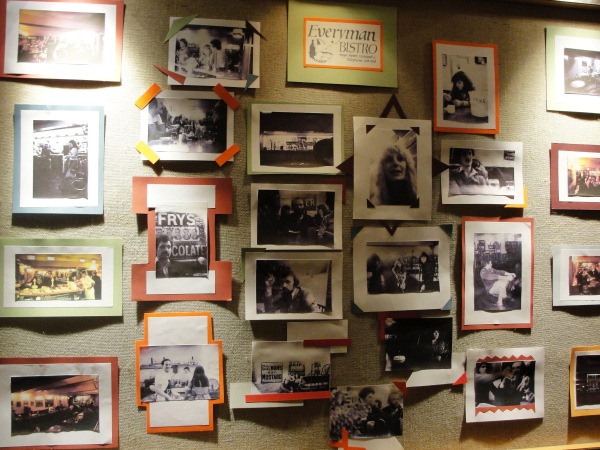 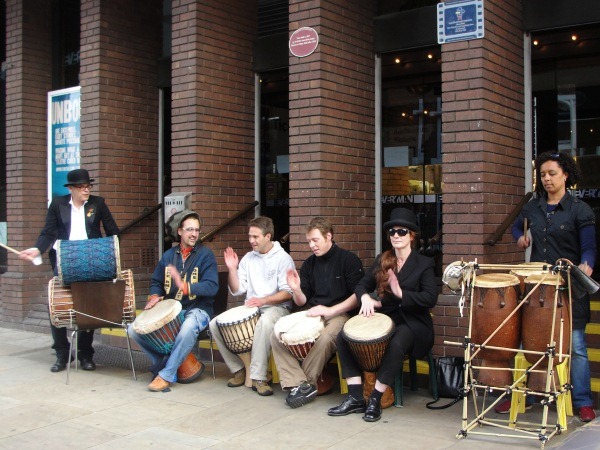 TheBigFourOh! There was music to welcome us as we arrived, and music to entertain us as we made our way down the stairs and into the cellar – for such it originally was – where we have so often met with friends and colleagues, or simply called in for a quick coffee whilst reading our daily newspaper (The Guardian is almost de rigueur). 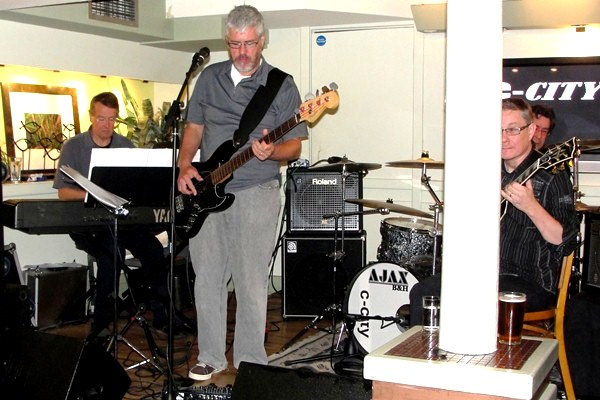 On this occasion as many others we met old friends from our day-to-day lives; and as usual in the Everyman we found ourselves chatting as well to the Bistro’s incredibly loyal staff, the people who have been there for years who cook and serve us, book in our events and of course keep us abreast of local news. 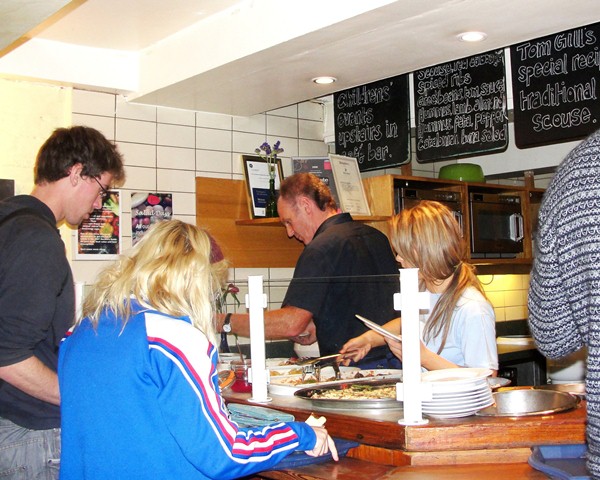 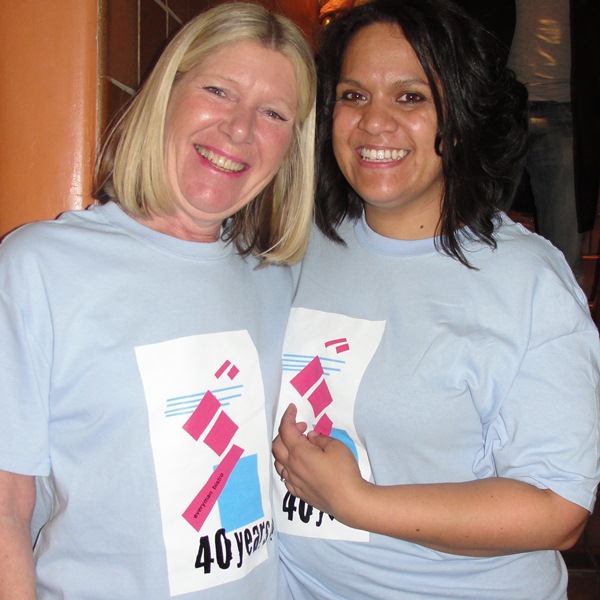 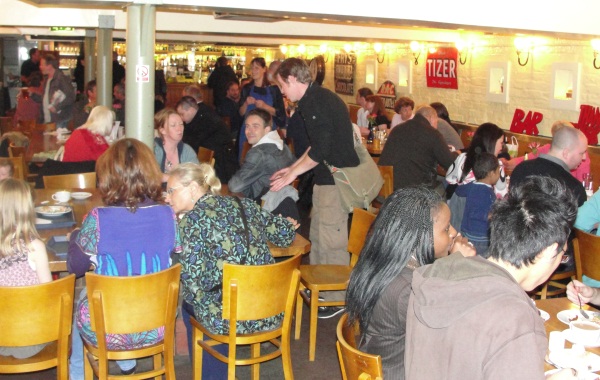 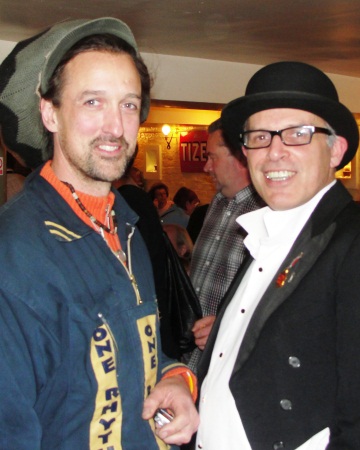 There are of course plans for the future of the Bistro, as it moves towards the changes which the revamp of the Everyman Theatre will bring; but for now we celebrated the stories and achievements already secured. Some of those present have a long view of this history, having been on Hope Street for the full four decades we acknowledged today…. and here are Paddy Byrne (owner of the Bistro, centre), Roger Phillips (a member of the Everyman Theatre Company way back in the 1970s, left) and Tony (Martin) Burrage (a member of the Royal Liverpool Philharmonic Orchestra since 1971). 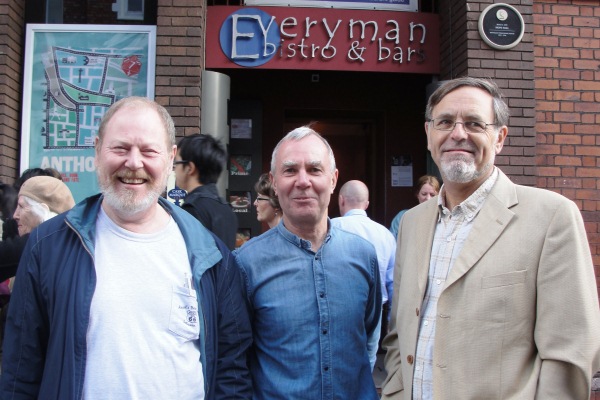 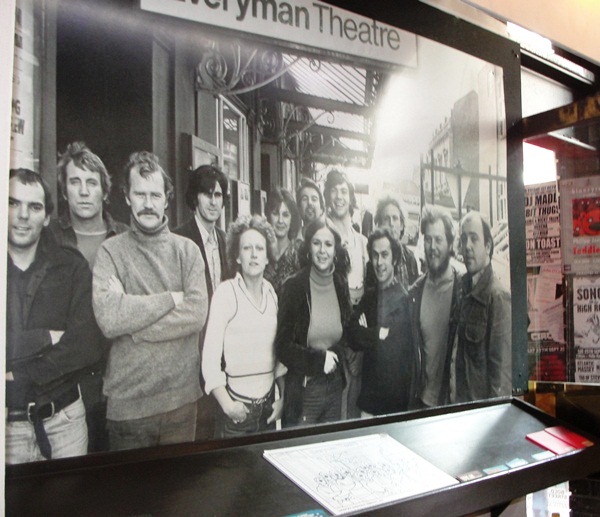 And there was one other person who’s also been frequenting the Everyman for a very long time and is delighted to be able to congratulate Paddy, Dave and Tim on their hard work and determination to deliver excellent food for everyone over the past forty years: 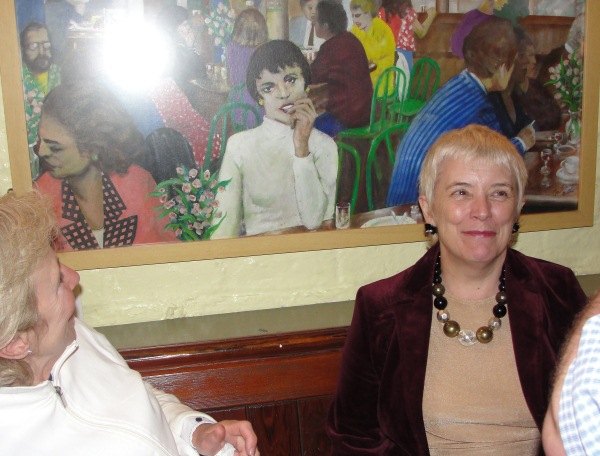 Good luck to the Everyman Bistro, we all say, for the decades to come….!